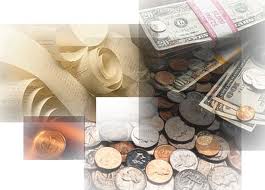 When the horrible mystery of wealth is deeply probed, it is easy to see why the masters of men have considered wealth the kingdom of the Demon himself. A thing which costs less than everything else is bought by everything else. A thing which is nothing, the actual value of which is nothing, is bought by giving up everything, is secured by exchanging for it the whole of the soul, the whole of life. The most precious thing is ex­changed for the most worthless.

And yet even this infernal absurdity has its reason for be­ing, in the economy of the spirit. Man is so universally and naturally drawn by that nothingness called wealth that he could only be deterred from his unconscious search for it by put­ting a price so great, so high, so out of all proportion that the very fact of paying it would be a valid proof of insanity and crime. But not even the conditions of the bargain, the eternal exchanged for the transient, power for servitude, sanctity for damnation, are enough to keep men away from the absurd bar­gain with the powers of evil. Poor people do not rejoice that they are poor. Their only regret is that they cannot be rich; their souls are contaminated and in peril like those of the wealthy. Almost all of them are involuntarily poor men, who have not known how to make money and yet have lost the spirit; they are only poverty-stricken rich people who have not as yet any cash.
For poverty, voluntarily accepted, joyfully desired, is the only poverty which gives true wealth, spiritual wealth. Abso­lute poverty frees men for the conquest of the absolute. The Kingdom of Heaven does not promise poor people that they shall become rich, it promises rich people that they shall enter into it when they become freely poor.
Posted by Unknown at 8:40 AM