THE JUDGMENT OF THE WICKED DEAD

THE JUDGMENT OF THE WICKED DEAD 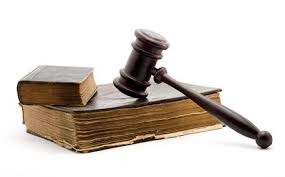 "And I saw a great white throne, and him that sat on it, from whose face the earth and the heaven fled away; and there was found no place for them. And I saw the dead, small and great, stand before God; and the books were opened: and another book was opened, which is the book of life: and the dead were judged out of those things which were written in the books, according to their works. And the sea gave up the dead which were in it; and death and hell delivered up the dead which were in them: and they were judged every man according to their works. And death and hell were cast into the lake of fire. This is the second death. And whosoever was not found written in the book of life was cast into the lake of fire."
Rev. 20:11-15
The adjective "great" though appearing in the positive degree has the super­lative sense. This means that there is no higher court, and therefore the pronouncements of this throne are final, and beyond which there is no appeal.
It is completely white. There is no other color to relieve this awful whiteness. Whiteness speaks of the holiness of God. At this throne no mercy will temper its wrath. Those who appear at this throne will have passed beyond the point of mercy, and from this is no return.
Without the article the emphasis is upon the nature of this throne. A throne always signifies an area of responsibility and authority. Here the very enormity of the task at hand, and the destiny of a vast segment of created intelligences poses a responsibility that could be performed only by an In­finite Person. Such is the Judge who sits on this throne.
Posted by Unknown at 5:03 AM