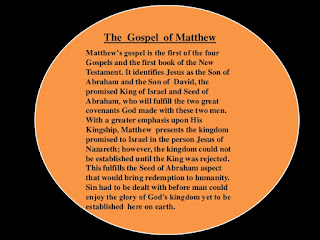 
[Portrait of Christ] Since God is not interested in putting on a dazzling display with outward appearances (Isa 53:2) neither are we interested in those either. I would rather look at the inner man. People want a picture of Christ Himself, wanting to know what He looked like. They want to have a portrait, a painting. They want to have a shroud with His outline on it. They've got to see the image of Jesus and Paul said to forget that as he had. There is not one word from Gen. to Rev. concerning what Jesus looked like. That is deliberate. Though Paul and the apostles knew Him after the flesh that did nothing for their spirituality. They had forgotten that. We are saved by faith, not by sight. Thousands saw Him and said crucify Him. But millions have never seen Him and have entrusted their eternal destiny to Him. Jesus said, "Blessed are those who have not seen, and yet have believed." (John 20:29)
Posted by Unknown at 5:12 AM