THE UNIVERSAL & MEDIATORIAL KINGDOM OF GOD

The Universal and Mediatorial Kingdoms of God 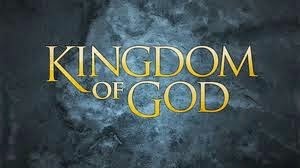 I thank God for the great teacher for me of the Kingdom of God, Dr. Alva J. McClain. At Grace Theological Seminary, whose great work is available titled The Greatness of the Kingdom.
Dr. McClain was especially helpful in distinguishing between the Universal kingdom of God and the Mediatorial kingdom. The former is what has always existed; is universal in scope, outside of which is no created thing; involves the rule of God directly, with no intermediary standing between God and man; is a present reality; and is an unconditioned rule, arising out of the sovereign nature of God Himself.
In contrast, the Mediatorial kingdom "must 'come' to put down at last all rebellion with its train of evil results, thus finally bringing the Kingdom and will of God on earth as it is in heaven. ... The King of this kingdom is the Lord Jesus, the Son of David; the subjects of it are Israel and the nations ... the center of the kingdom is Jerusalem, and the means of its establishment is the coming and visible appearing of our Savior Jesus Christ."
The Thousand-Year Reign of Christ
This is "the kingdom" the Jews were looking for but, sadly, on their own terms! That was their final stumbling block-they had to repent! "Now in those days John the Baptist came, preaching in the wilderness of Judea, saying, 'Repent, for the kingdom of heaven [i.e., the Mediatorial kingdom] is at hand' (Matt. 3:1-2). Then our Lord Himself "began to preach and say, 'Repent, for the kingdom of heaven is at hand' (Matt. 4:17). And that was the message of the Twelve as well (Mark 6:12; Acts 2:38; 3:19), and the apostle Paul (Acts 17:30; 26:20), in obedience to our Lord's command "that repentance for forgiveness of sins would be proclaimed in His name to all the nations, beginning from Jerusalem" (Luke 24:47).
The Jews wanted the kingdom, especially to liberate them from the oppression of Rome. But the vast majority of the nation-especially the leaders- despised the divine condition of repentance! They were shocked and offended at the suggestion that they needed to experience a profound change of attitude regarding their need of a Savior from sin in order to enter God's holy kingdom. That is why they killed John the Baptist and, finally, their own Messiah!
So, the inauguration of the Mediatorial kingdom of Christ was contingent upon the repentance of the nation. How sad! "Jerusalem ... How often I wanted to gather your children together ... and you were unwilling. Behold, your house is left to you desolate! ... from now on you will not see Me until you say, 'Blessed is He who comes in the Name of the LORD!" (Matt. 23:37-39).
Note carefully: The Lord Jesus did not say, "From now on you will not see Me." What He did say is amazing: "You will not see Me until you say, 'Blessed is He ..." Will Israel as a nation ever say that to their Messiah? Yes! Note these words God gave to the apostle Paul: "I do not want you, brethren, to be uninformed of this mystery-so that you will not be wise in your own estimation- that a partial [not complete!] hardening has happened to Israel until [not permanently!] the fullness of the Gentiles has come in; and so all Israel [not the Church!] will be saved" (Rom. 11:25-26). That great day is about to arrive. I pray you are ready for that day that ushers in perfection and an eternal state.
Posted by Unknown at 7:46 AM