GLORIFICATION - THE PARADE OF THE AGES

The Glorification of Dead Christians 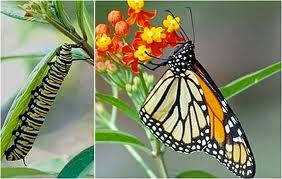 The most detailed description of the rapture of the Church is found in Paul's first letter to the persecuted Christians he had left in Thessalonica. He wrote this letter from Corinth, where he confronted much confusion about the personal destiny of believers. Some Christians in Thessalonica had already died (perhaps by martyrdom), and the saints there were concerned that their dead loved ones would miss out on the second coming of Christ.
But dead Christians will not be forgotten by God at the Second Coming. In fact, they will be the first humans to experience glorification since the Lord Jesus. Yes, Christ was "the first fruits." He is the first and only human ever to have been glorified. But "afterward" - nearly two thousand years already - members of His body and bride, namely, "those who are Christ's," will share His glory "at His coming" (1 Cor. 15:23).
Now Paul was emphatic in his letter to the believers in Thessalonica on this one point: Dead Christians will be glorified even before living Christians!
"For this we say to you by the word of the Lord, that we who are alive and remain until the coming of the Lord will by no means precede those who are asleep. For the Lord Himself will descend from heaven with a shout, with the voice of an archangel, and with the trumpet of God. And the dead in Christ will rise first. Then we who are alive and remain shall be caught up together with them in the clouds to meet the Lord in the air. And thus we shall always be with the Lord. Therefore comfort one another with these words." (1 Thess. 4:15-18)
It is fascinating to behold the order in which transformations to glory occur: (1) our Lord first; (2) dead Christians next; (3) living Christians moments later; (4) the two witnesses three and a half years later (Rev. 11:1-12); and (5) tribulation martyrs and all pre-Pentecost saints three and a half years later still, at the second coming of Christ (Dan. 12:1-2; Rev. 20:4). Yes, "each one in his own order (tagma)" (1 Cor. 15:23), like a magnificent parade through the ages.
Posted by Unknown at 5:23 AM