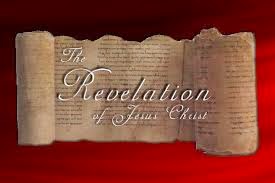 The Language of This is One of Appearance
The substance of this judgment is the reduction of light and the time it shines.

From sun, moon, and stars, the light is reduced by one third and the length of time it shines is reduced by one third. Cf. Isa. 13:9ff.
"Behold, the day of the LORD cometh, cruel both with wrath and fierce anger, to lay the land desolate: and he shall destroy the sinners thereof out of it." "For the stars of heaven and the constellations thereof shall not give their light: the sun shall be darkened in his going forth, and the moon shall not cause her light to shine." "And I will punish the world for their evil, and the wicked for their iniquity; and I will cause the arrogances of the proud to cease, and will lay low the haughtiness of the terrible."


The Objects of Judgment are the Sun, Moon, Stars, and Indirectly the Earth
The purpose of this judgment is to teach men that these luminaries are not gods, but the creations of God.


The Intermission Before the Sounding of the Fifth Trumpet  8:13
"And I beheld, and heard an angel flying through the midst of heaven, saying with a loud voice, Woe, woe, woe, to the inhabiters of the earth by reason of the other voices of the trumpet of the three angels, which are yet to sound!"


An Eagle and not an Angel Flies Through the Midst of Heaven
The revised reading is correct. This is not to be construed with Matt. 24:28 where it speaks of the eagles gathering to the carcass. Vultures gather about dead carrion and not eagles (See ISBE).
"For where so ever the carcass is, there will the eagles be gathered together."

The Eagle Speaks, crying, Woe, woe, woe, etc.
This is not impossible when one remembers that God made an ass to speak. This is a literal eagle carrying a message.
Where moral corruption exists, divine judgment falls.


The Eagle is a Symbol of Judgment
That is precisely what his message is. The three remaining trumpets are announced as woes, more dreadful than the previous judgments (cf. Deut. 28:49; Jer. 48:40; Rev. 8:13).
"The LORD shall bring a nation against thee from far, from the end of the earth, as swift as the eagle flieth; a nation whose tongue thou shalt not understand;"
"For thus saith the LORD; Behold, he shall fly as an eagle, and shall spread his wings over Moab."