THE DRAGON IS REVEALED IN REVELATION 12

The Dragon Vs. 3-4
"And there appeared another wonder in heaven; and behold a great red dragon, having seven heads and ten horns, and seven crowns upon his heads." "And his tail drew the third part of the stars of heaven, and did cast them to the earth: and the dragon stood before the woman which was ready to be delivered, for to devour her child as soon as it was born." 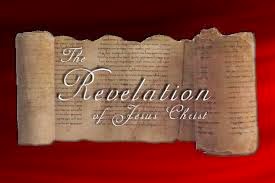 The Appearance of the Dragon vs. 3 with vs. 9
"And there appeared another wonder in heaven; and behold a great red dragon, having seven heads and ten horns, and seven crowns upon his heads."
"And the great dragon was cast out, that old serpent, called the Devil, and Satan, which deceiveth the whole world: he was cast out into the earth, and his angels were cast out with him."

He is a dragon or monster in appearance, formi­dable. He is great in dimensions. This marks his power and activity. He is fiery in color, or brilliant like fire. This color suggests attractiveness rather than repulsiveness.


The Activity of the Dragon vs. 4a
"drew," present tense
"And his tail drew the third part of the stars of heaven,...."
"And there was war in heaven: Michael and his angels fought against the dragon; and the dragon fought and his angels,"
He drew and continues to draw the third part of the stars. These are angels as indicated by the language of vs. 7. These are the angels that followed him in the beginning and with whom he is continuing to traffic through the centuries and now and into the future.


The Attitude of the Dragon vs. 4a
"And he did cast them to the earth."
This very word is used of the Leader who causes others to follow Him (John 10:4). John is writing this from the viewpoint of things after the events are finished.

"And when he putteth forth his own sheep, he goeth before them, and the sheep follow him: for they know his voice."

Satan's heart is unchangeable. He has set his heart on being like God and higher in authority than God. He has no concern for those who follow. He will rule or ruin. So he leads them on. They followed him and they were cast out of the Holy of Holies in heaven, out of the holy mountain of God, and then out of the precincts of heaven into the stellar regions. Now they are cast down to the earth. Some have already been cast down to Tartarus and the rest will in due time be cast into the Lake of Fire (2 Pet. 2:4; Matt. 25:41).

"For if God spared not the angels that sinned, but cast them down to hell, and delivered them into chains of darkness, to be reserved unto judgment;"
"Then shall he say also unto them on the left hand, Depart from me, ye cursed, into everlasting fire, prepared for the devil and his angels:"


The Meaning of the Dragon vs. 3
"And there appeared another wonder in heaven; and behold a great red dragon, having seven heads and ten horns, and seven crowns upon his heads."
Though called a "wonder" AV, this is also a "sign" RV. Through the centuries he has been masquerading as an angel of light (2 Cor. 11:14). Now the great enemy of God and the archfiend of the universe is revealed in his true colors. What he was in inward nature was never known. Now he becomes clearly manifest and is identified in vs. 9.

The Book of Revelation is first a Revelation of the long-awaited Messiah as well as His arch-enemy.
Posted by Unknown at 7:12 AM