THE RESURRECTION BODY - ITS PATTERN

THE RESURRECTION BODY - ITS PATTERN 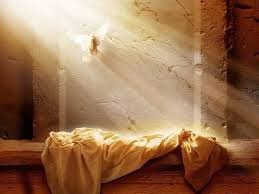 Almost nothing is revealed about the resurrection body of the unrighteous. Perhaps the most we can say is that it will not have immortality. This seems to be quite evident from the fact that it will be subject to the second death.

Rev. 2:11 "He that overcomes shall not be hurt of the second death."
Rev. 20:6 "Blessed and holy is he that hath part in the first resurrection: on such the second death hath no power."
Rev. 20:14 "And death and hell were cast into the lake of fire. This is the second death."
Rev. 21:8 "But the fearful, and unbelieving, and the abominable, and murderers, and whoremongers, and sorcerers, and idolaters, and all liars, shall have their part in the lake which burneth with fire and brimstone: which is the second death."
It is extremely interesting to note how much the Bible has to say about the body of the saved. Most of this material is recorded in 1 Cor. 15:35-58; although there are references elsewhere within the New Testament that are very valuable.
1 Cor. 15:35 raises two questions or objections to which the remainder of the material is given over in answer.
"But some man will say, How are the dead raised up? and with what body do they come?"
The first one "How are the dead raised up?" That is, what is the possi­bility and process?
The second one "And with what body do they come?" That is, what are the properties?
It will be exactly like the resurrection body of Christ.
Adam was the head of the old race - 1 Cor. 15:45-49
"And so it is written, The first man Adam was made a living soul; the last Adam was made a quickening spirit. Howbeit that was not first which is spiritual, but that which is natural; and afterward that which is spiritual. The first man is of the earth, earthy: the second man is the Lord from heaven. As is the earthy, such are they also that are earthy: and as is the heavenly, such are they also that are heavenly. And as we have borne the image of the earthy, we shall also bear the image of the heavenly."
Christ is the head of the new race.
And believers "shall bear the image of the heavenly." - 1 Cor. 15:49
Phil. 3:21 - "Fashioned like unto His glorious body"
1 John 3:2 - This refers to the spiritual primarily, but will not exclude the physical since the two are in one person.  "Beloved, now are we the sons of God, and it doth not yet appear what we shall be: but we know that, when He shall appear, we shall be like Him; for we shall see Him as He is."
Jesus died at 33, in the prime of life. The implication is that we shall be at our best. We shall have perfect bodies, bodies that are fully developed, finished complete. This may suggest that babies will not appear as babies in the resurrection, but fully mature.
Posted by Unknown at 5:21 AM