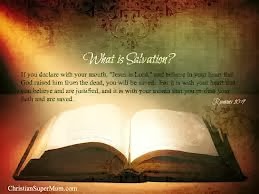 Three reasons have been given, and in each there is doubtless some truth.
It is almost certain that the full truth lies in a combination of all three.
These reasons are not mutually exclusive.
lb. This story or incident is merely chronological in tine, In the unfolding of the gospel narrative this incident occurred at this time. This is undoubtedly true. But surely this is not the only reason. So far as events were concerned, the ministry of Christ was crowded with them. It was therefore necessary for John to make a selection of events of which he would write. That he followed this pattern is affirmed by John in chapter 20:30-31.


3b. This incident was more appropriate to the movement of thought John is attempting to convey about the ministry of Christ.


The conjunction "de" marks a continuation of the story, but a contrast in the meaning. This is not the strongest of adversatives, but it marks a contrast.
This conjunction sends us back to chapter two verses 23-25. The crowds at the Passover were interested in Christ because of the glamor of the miracles. They were living on the human and natural level and especially interested in the sensational and spectacular. And even though Nicodemus was also living on the same level, he was essentially different. It was not the mere external and glamorous in which he was interested. He was concerned with deeper things, their meaning and importance. To appreciate this we must make an evaluation of this man next.