THE NECESSITY FOR THE DEATH OF CHRIST

THE NECESSITY FOR THE DEATH OF CHRIST
Was it necessary for Him to die? If so, why? 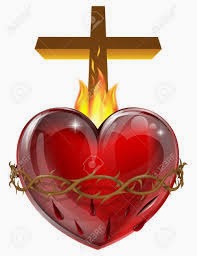 Our Lord declared that He "must die."
Matt. 16:21 - "dei" - the strongest Greek word to express necessity. "From that time forth began Jesus to show unto his disciples, how that he must go unto Jerusalem, and suffer many things of the elders and chief priests and scribes, and be killed, and be raised again the third day."

How do we interpret this declaration?
Why did Christ feel that He must die? Two erroneous views:

The necessity of Christ's death was voluntarily self-imposed.
It was not a necessity imposed upon Him by fate or circumstance.
John 10:14-18 - "I lay it down of Myself."
Eph. 5:2 - "Gave Himself up for us, an offering and a sacrifice."
Phil. 2:8 - "He humbled Himself.. .unto death, even the death of the cross."

Note: Some say we are saved by the life of Christ. And in a sense that is true, cf. Rom. 5:10. But don't forget that it took the death of Christ to make His life available to sinners!
Posted by Unknown at 6:01 AM