PILATE AND THE GREAT PHYSICIAN 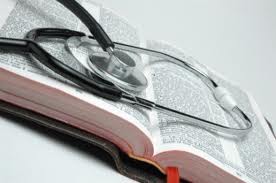 Pilate finds his place in the historic records of the New Testament, and by threefold reference in the Acts of the Apostles. We see him most clearly in the Gospel of John. He owes his fame, such as it is, to contact with Christ. Had it not been for this contact, we should probably have known nothing of him. He is placed in contemporary history, and we learn little concerning him from this source. He is named as procurator of Judea. We know that he occupied that position for about ten years, during the whole of the ministry of John the Baptist, to the ministry of our Lord, and at the beginnings of the Christian movement. He was the representative of the Roman government. As procurator, he held civil and military authority, which means, of course, that as representing Rome, the power of life and death was vested in him. When Pilate spoke in that area, Caesar spoke through him.


No man will ever be up early enough for that.
Posted by Unknown at 7:00 AM