IN THE OLD TESTAMENT THE DOCTRINE OF THE TRI-UNITY OF GOD IS NOT CLEARLY TAUGHT, BUT IN CERTAIN PASSAGES THERE ARE STRONG INTIMATIONS 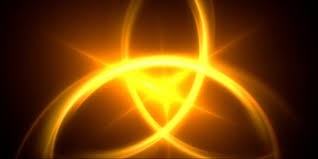 1.     The plural name for God (Elohim) appears in the original Hebrew text more than 2000 times. It appears in the first verse of Genesis. "In the beginning God created the heavens and the earth." Moreover, it is used with a singular verb, and it is almost always used elsewhere with a singular verb. Some exegetes refer to the Hebrew word for God as an intensive plural, and suggest that it may thereby be used in a singular sense. In any event, while it does not denote a trinity, it does suggest a plurality in unity.


2.     The plural pronouns used of God in the Hebrew text are further in­timations of a plurality in unity that may suggest the Trinity. At the creation of man, "God said, Let us make man in our image, after our likeness" (Gen. 1:26; underlining mine). After the fall God deliberated, "Behold, the man is become as one of us" (Gen. 3:22). In the divine council at the tower of Babel, God said, “Go to, let us go down, and there confound their language" (Gen. 11:7). As Isaiah beheld the glory of the Lord in the temple, he heard God say, "Whom shall I send, and who will go for us" (Isa. 6:8).


3.        The plural verb in the Hebrew is used occasionally with the name for God (Elohim). Here is an instance. "And he built there an altar, and called the place El-bethel; because there God appeared unto him, when he fled from the face of his brother" (Gen. 35:7). This may intimate that the writer had no difficulty in recognizing a plurality of persons in the experience of Jacob and therefore did not hesitate to indicate this by the plural of the word for God and the plural of the verb "appeared."


4.        It is very evident that God's name is applied to more than one person in some of the texts of the Old Testament. This is true in Gen. 19:24. "Then the Lord rained upon Sodom and upon Gomorrah brimstone and fire from the Lord out of heaven" (underlining mine). In Psa. 45:6-7, two persons are in­volved and both are called God. This is especially evident in Psa. 110:1 where two persons are called Lord, as a comparison of Matt. 22:41-46 will attest. Two persons appear in Hos. 1:6-7. One person is speaking, namely, God, and yet He declares that He will save His people "by the Lord their God." Isa. 44:6 reads, "Thus saith the Lord the King of Israel, and his Redeemer the Lord of hosts: I am the first, and I am the last; and besides me there is no God." Here the Lord the King of Israel and the Lord the Redeemer are both claiming to be one God. Along with the above the writer of Proverbs propounds some questions concerning God: "What is his name, and what is his son's name?" (Prov. 30:4).


5.    Certain Old Testament passages strongly intimate that the number of persons purporting to be God is three. The Aaronic benediction recorded in Num. 6:23-27 uses the word Lord or Jehovah three times, and then equates this usage as "my name." There are those who feel that this follows the pattern found later in the New Testament in which the blessing of the One God subsisting in three persons is invoked.


There is a suggestion that all three person of the Godhead are depicted in creation as set forth in Psa. 33:6. There is the word pointing to Christ, and the Lord indicating the Father, and finally the word breathe, which is the word for spirit, singling out the Holy Spirit. From other passages it is clear that all three persons of the Godhead were involved in creation, and perhaps this passage includes all three acting as one God.


When Christ appeared in the synagogue of Nazareth, He used Isa. 61:1 and applied it to Himself. Three persons appear in this passage. There is the speaker, the Lord of Isa. 60:22. There is the Spirit of the Lord God with whom He was anointed. And there is the Lord, the Father who anoints Christ.


Isa. 63:9-10 also presents a similar instance of three persons appear­ing in the passage and denoting one God. The pronoun "he" of the passage is the Father; "Angel of his presence" is the Lord Jesus Christ; and "his Holy Spirit" is the third person of the Trinity. Yet the entire passage suggests that there is just one God who is involved.


Even the opening verses of the Bible testify to the presence of three per­sons. There is God in verse one; then the Spirit in verse two; and finally the word ("God said"), the third person in vs. 3.


Perhaps the strongest passage in the Old Testament is Isa. 48:16. The speaker points to the Father, the Lord God. He then refers to his Spirit, and then admits He, the Christ, has been sent. This speaker is identified as the first and the last in vs. 12, and as the Redeemer of Israel in vs. 17.


The strong emphasis in all these passages is upon the unity of God. But there is an underlying tone of plurality in this one God, and in some cases it suggests that that number is three. These intimations are sufficient to alert the Bible scholar to the possibility of further revelation in the unfolding truth about God.
Posted by Unknown at 5:59 AM